Imaginal Cells and the Gilded Sack

I have tried to write a blog many times telling the story of the past few months, but always I would get a bunch of words on paper and then quit. So I will move ahead, to what is happening now. I apologize for the gap in the story of the voyages of the SV Maggie May. It may be jarring for some who know me. But it cannot be helped.

For the first time in almost three months, I plunge into Bonaire’s turquoise waters. Bill and I returned a week ago, ending a long and uncertain absence from the Maggie May, but despite the oppressive heat, this was the first time I felt like going to the trouble of getting my snorkeling gear out and riding the dinghy to the reef. In truth, I don’t really feel like it still, but I have some hope that a plunge, and a quest, can shake the disconsolate haze that has clung to me since our return.

My quest, an octopus.

Back in June, before Bill found out that he had cancer, I was snorkeling this same reef off the northwest coastline and another snorkeler pointed out an octopus peeking from a small hole in a mound of mostly dead coral. I stayed watching the octopus for a long time, making note of how to find the den again. Every time I went diving or snorkeling in that area, which was often because it is one of the few reefs our electric dinghy can reach, I went back to check and see if the octopus was still there. She always was. And always she was tucked into the hole, just an eye peering out. The den is about 12-15 feet deep, and sometimes I would swim down to get a closer look, which often caused the octopus to change color in frustration. Mostly I would hover at a distance and just observe.

So much has changed since the last time I visited her. I am different. Bill is different. This voyage is different. Even Maggie May is different, having weathered almost three months alone, closed up, under the scorching tropical sun.

I jump out of the dinghy and into the deeps beneath the buoy where I have tethered Dingy (the dinghy has her own name, not flattering, but well earned.) I swim along the shelf, passing coral heads and piles of steel and concrete dumped by humans. I know these things as landmarks on the way to my octopus den. But when I arrive at the place where the den should be, I cannot find it. It is easy to get disoriented in the water, and much time has passed since my last visit. I swim on, appreciating the feel of the water on my skin; the sight of the late afternoon sun shattering into beams piercing the blue, blue waters of the deep; the company of sergeant majors schooling around me, the angled sunlight golden upon them.

A hairlike substance brushes my fingers and before I can even feel the harsh sting, I know its a jellyfish. The sting lingers as I tuck my arms tight against my body and continue searching. I dive into the middle depths to admire unusual corals, my ears struggling to adjust again to the pressure of 15-20 feet. A motor whines somewhere in the water. There is always a motor whining or growling in this world. I round back toward Dingy, a little shallower, then turn again a little shallower and finally I see it, the cluster of corals I know to be the home of the octopus. She won’t be there anymore, it’s been too long. I prepare for disappointment. But on approach, I see with relief that I am wrong, she is there, poised at the opening of her den, venturing out further than I have ever seen her. She is quite small, smaller than I imagined. But just as beautiful.

I hover, hoping she will come out fully but ready to be happy just to have seen her, right there where she was before everything.

A small black fish, a cocoa damselfish, loiters nearby. I have seen these fish attacking octopus before, possibly as earned retribution for something, or possibly to defend fishing territory. The octopus flashes white and shifts her skin so that she appears to have spikes on her head. Then she shifts back to a drab brown dress and climbs fully out of the den and up onto the top of the coral structure. The fish follows closely. A single coil of arm reaches out from under the octopus’s body and unravels to a single finger probing toward a nearby coral. The fish swims closer and then THWAP! the arm whips out toward the fish, which darts a safe distance away. The octopus flashes a few wild shades and patterns, then makes itself a black and white striped torpedo and shoots 15 feet away. The fish, undaunted, follows closely behind. I follow at a distance.

I watch these two and this pattern as the sun sinks toward the horizon. The octopus is now flat against a rock, matching exactly the same color of brown as its rocky shield. I would have passed within a few feet and not seen her had I not known she was there. The fish waits nearby. Occasionally the octopus reaches out an arm or two and probes in holes, trying to flush out small crustaceans and other prey. The fish, I am sure at this point, hopes to partake in this bounty should it emerge. They will continue this dance. I turn back to Dingy and head back to Bill and Maggie May, both resting in the marina.

As I secure Dingy and board the boat, I feel lighter. Lighter, but not free of the weighty shadow. It may always be here now, maybe smaller and smaller each day as Bill heals from treatment, as we take each unusual day as it comes on board Maggie May.

In truth, I don’t want that shadow to leave me entirely.

My mind returns often to an experience I had while back home in Washington DC this summer. Throughout Bill’s treatment we relied much on the love and kindness of friends, and one of those friends, Dave, we stayed with for several months. He was at that time doing a head start program for monarch caterpillars. Keeping them safe and enclosed while they grew into butterflies. I watched these monarchs closely, from the mothers who were drawn to Dave’s backyard by the work he and his partner Lindsay have done planting and tending native plants; to the eggs, just tiny bumps on milkweed leaves; to voracious caterpillars; to the moment they peeled back their skin to reveal the jeweled chrysalides within.

I watched those chrysalides with a sort of hunger, a gnawing need to experience what came next. I watched for weeks as Bill lay in Dave’s basement, resting and mending.

Outside the jade chrysalis, utter stillness. Inside, there was a riot of pain and self harm. The caterpillar devouring itself. At this stage the creature—or creatures more aptly—are a biological bridge between the caterpillar and the butterfly. They are goop in a gilded sack, largely made up of what’s known as imaginal cells. They had been there all along waiting inside the caterpillar. But the caterpillar had to die in order for them to take charge, to grow and organize, to lay out their blueprints and work together to create the world’s most exquisite flying machine.

I watched as the packages hanging in the enclosure paled and thinned and then ripped apart; as wings unfolded and life aglow took its first tremulous flight.

Afterward I would look out onto Dave’s back yard and see a blood stain dripping down the white mesh of the empty monarch enclosure under the towering maple.

Not really blood. It was meconium, a reddish liquid made up of all the materials that the monarch didn’t need for its transfiguration.

This gruesome smear dripping down and the lingering image of it in my mind now, back in Bonaire, offer a reminder of what happened there, in Mount Rainier, Maryland. The excruciating pain, the unbearable beauty. It’s the color of change left behind by a new life that has already flown away. It’s the color of melancholy.

Bill’s treatment was successful. We came back to Maggie May carrying our gratitude, immense relief, a quiet, fearful joy. Carrying also a shadow of concern that will perhaps always be with us now. A stain, red, melancholic. I can hold this red shadow in my hand. Mourn it. Cherish it. Close my fingers around it and keep it safe for the reminder it is of things we have learned. Or relearned and should not forget. The trembling frailty of life, the buoyancy of love. The uncertain nature of all our voyages in life.

The need to find constancy where it may be found, rather than where we want to find it.

I will go again soon to search for my octopus.

← Off Soundings
Under Rocks and over sand →

13 Comments on “Imaginal Cells and the Gilded Sack” 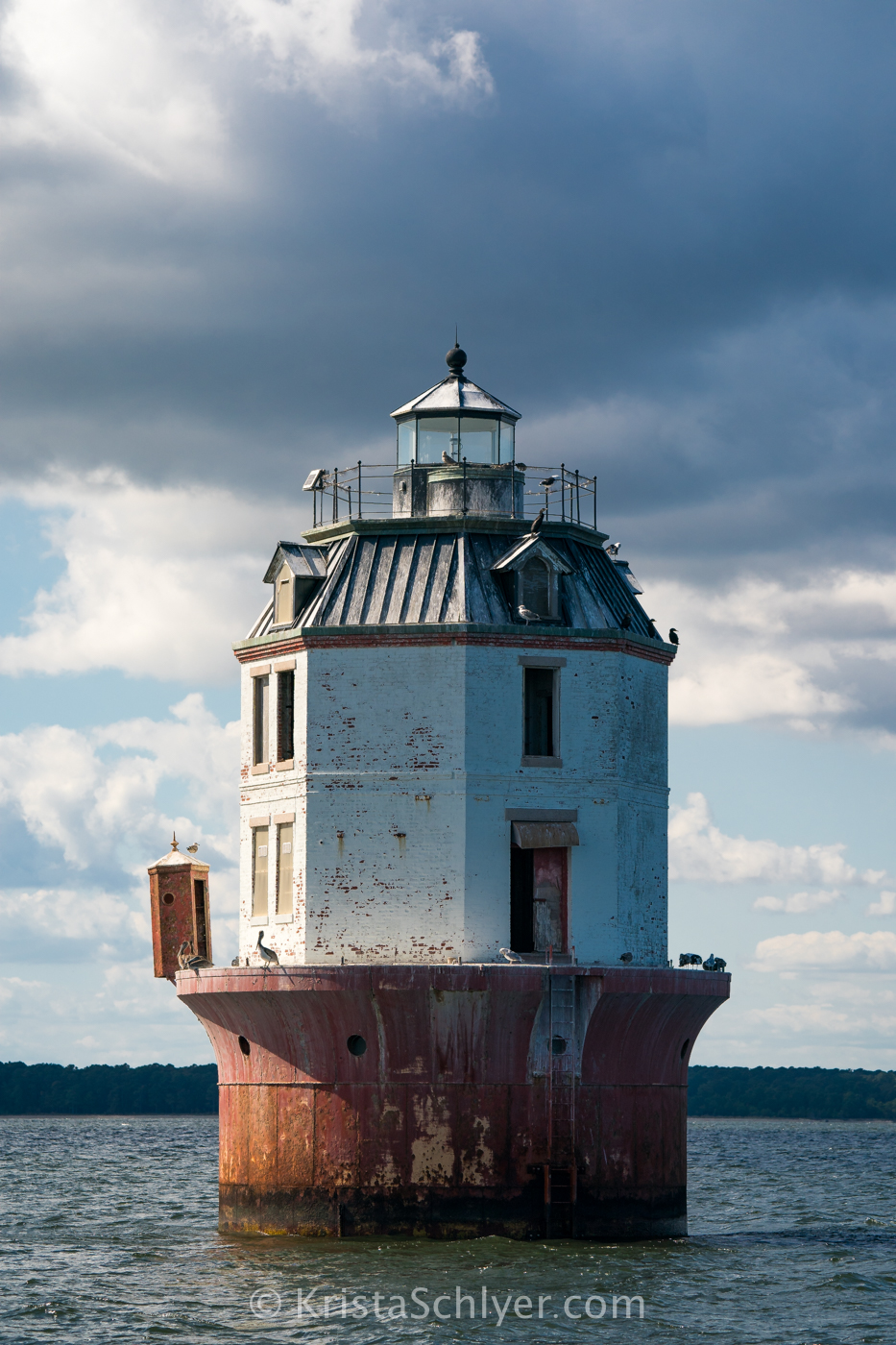 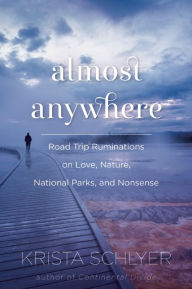