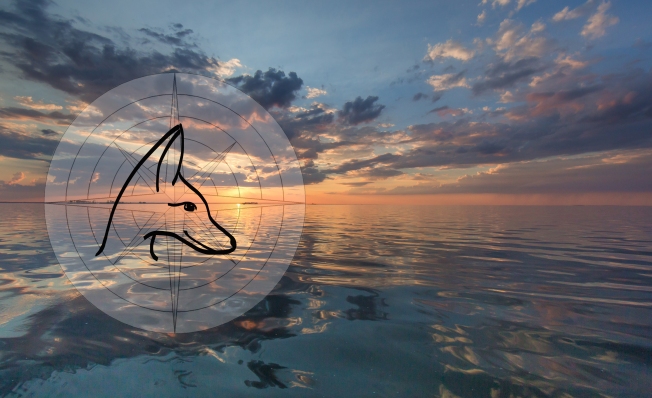 The virus has offered lots of unbidden time for reflection. Time is a coin I was yearning for, if not in this manner and upon dry land. But it is valuable and I spend a lot of it thinking about what has moved me toward SV Maggie May over a 15-year period.

Bill and I hatched the circumnavigation idea after our last big journey, a year-long road trip around the United States in 2001. We both felt that the time spent away from human-structure was important, fundamental even to our long-term health. And so we had a conversation about what our next adventure would be and when. Within minutes we had settled upon sailing the world within 5 years time. Sailing has stayed constant, the time element elongated considerably.

I wasn’t a sailor when we started thinking about this but I had always had sailing around the world somewhere in my mind. (I’ll have to try and unearth a first-cause back in my brain folds.) I was drawn to some intangible something of sailing life. I now have a more specific sense of what that something is, a sense that has become stronger over the years as the 5-year-plan stretched into 10 and 15.

Sailing, unlike anything I’ve ever experienced, has a way of making you feel small and insignificant, but also powerful and eternal at the same time.

I’ve spent most of the past decade working on a project in the US-Mexico borderlands, witnessing destruction of land, decimation of wildlife and plants, desecration of culture, all of which made me feel small and powerless for years on end. This project prevented me from making faster progress toward SV Maggie May, and it also made her transform from an idea, then a desire and finally into a necessity. The borderlands kept me from the ocean, even as they pushed me toward it.

I’ve worked on other projects, including extensive work on one of America’s most degraded rivers, trying to give voice to urban wildlife, documenting the British Petroleum oil spill. But none has been a driving motivation in my life for as long as the borderlands, and none has caused so much self doubt and undoing as fighting the border wall.

My motivations at the border grew out of a desire to make my life mean something. Not…just a desire, a compulsion, born of the greatest disappointment of my life in March 2000. I’ve written a whole book about those events, so I won’t go into it in this blog. But in essence I lost a good part of myself and afterward set out on a path to find what I had lost and find some grip on life again. I found a focal point in conservation photography, and a specific anchor on the US-Mexico border. I’ve also written about the borderlands extensively, so I won’t cover it here, except to say that by spending time with the wildlife of that landscape I felt I had made a compact with them, that I would do everything I could to be a voice for their future.

I stayed true to that commitment for more than 10 years, and over that time I went from feeling I was certain to be able to help turn things around, to feeling I had no power to even help, to feeling I could make a difference over a longer period, to feeling I had made no difference at all despite trying everything I could think of. And now, just feeling tired and destroyed, laying on a battlefield, eviscerated but somehow still living.

I’ve tried so many times to come to terms with the fact that I am small, just a person. And the forces that compel people to build walls are far beyond my scope to heal. And that the best I can hope for in any such endeavor is to open a window in people’s minds to see what they otherwise could not, something beautiful that might instill some responsibility for lives they will never encounter, but nevertheless impact gravely through direct action or passive complacency.

This is wisdom, but it requires a balance that I have always struggled to maintain. Instead I have often found myself on a roller coaster of belief in myself and my ability to make a difference, and despair over my insignificance. Teeter-totter-teeter-totter. And inevitably when outcomes are not what I have worked for, I am overwhelmed with guilt, and more acutely, grief, over what we are doing on the border, and so many other places.

My only true relief from this rollercoaster is on the Maggie May, where these two opposing forces merge peacefully. I am nothing, I am everything. Minuscule, microscopic, but connected to the very forces that make this world and everything in it. Wind, sun, water.

Bill just came to tell me our Maggie May contractors called.  The last of our major boat projects is finished.

← COVID Dreams
At Home With the Gods of the Chesapeake →